To Kerala and back 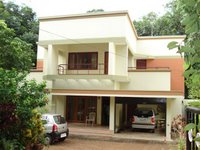 Got back today after a 2-week sojourn in Chandanapally, my hometown (to be precise, home village) in Kerala. Vacation was good though the last 2 days were of great tension as our maid-cum-au pair said she was not coming back. M-i-l somehow managed to coax her to come; not until she came did we relax. She came at 4 pm to catch the 5 pm train!

Never felt so tense and deceited in my life. We had given her so much apart from the salary that we 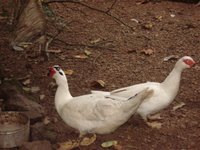 couldn’t believe she would do this to us – but I guess most servants are like this.
If she hadn’t come, we were planning to send Ash to my parents and Mira to my inlaws until we found a suitable alternative. by the way, mil wants to call her Kripa, not Mira, at home.

Spent only the last 2 days at my in-laws’ place. This time since I had to do physiotherapy I spent most of the holidays at my place. Inlaws came to the railway station at Chengannur to see the kids when we landed.

It was our church perunnal on 7-8 Ma 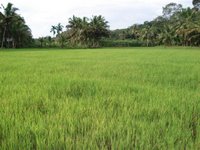 y. Got to see the midnight Rasa on 7th night, Ash was bewildered by the lights, crackers and band mela. Mira slept despite the din. St. George seems to be the favorite saint among churches in our part of the country since he is the safest best in terms of revenue. So most churches in our region are dedicated to him, and hence the Chandanapally 'big' church's prerogative as the sahada's church has gone.

My physio was for 7 days of 15 min duration - but the back pain still persists, have to do the exercises they suggested and see how it helps. 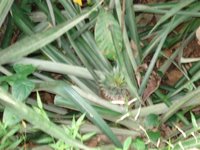 Was taking the bus for the half hr ride to the hosp. It was like being going back to school - the crowded buses, rude conductors, same route but not the same fare - as a student i was paying only 25 paise (!!) as against Rs. 6 now as an ordinary commuter. Bus fares are so high compared to Chennai. Only one day when I got my wisdom tooth extracted did dad chauffer me. I dropped in at my aunt molymama’s on some days and had lunch with her on a couple of occasions. Her meals are traditional and classy. Love that special taste like at Ammachi’s.

Everybody wanted me to leave Ash behind. As for Ash, he had apart from our lab Bruno and mom's hens and granny's geese (in picture above), Karthikeyan’s goats and kids for company. He would run round the house (that's our house repainted recently) some 25 times a day. His energy is amazing for someone who eats so little. Should have sent him with my brother's friend Pete on his marathon run from Kasargod to Kanyakumari (see the website heels on fire)
The painters also kept him occupied. The last day when V came, ash managed to get wet paint all over his body, so we rubbed kerosene all over him him and gave him a bath.

When Vin and his dad came on 20th Saturday they wanted to see dad’s crops in kizhakevayal, so went there before heading for changanachery. He has yam and tapioca and beans now. The place is so tranquil, i envied the people who had their houses near those fields (see photo of paddy fields near my house, and pineapple bush). I was seeing the field for the first time in my life too !
Once upon a time, Kizhakevayal and Kollayi met most of our grain requirements, though the latter had a reputation for getting flooded during the rains killing the crops. Now Kollayi has been sold and Kizhakevayal no longer has paddy crops - it is just not feasible with today's wage rates for workers. With other field owners switiching to cash crops, we have been left with no other option but to follow them.