Myanmar is one of the last places an Indian would think of going on vacation. One still gets the feeling it is under military rule plus the recent flushing out of Rohingya Muslims from Rakhine state. The only redeeming factor is that it's Nobel peace laureate Suu Kyi's land and her party is at the helm of affairs now. But she has received much flak over her handling of the situation.
Anyway, here I was left with an offer to visit Yangon, the old capital, for an ecumenical conference in late October.  A job application I had made to a Christian organisation in Thailand gave me a week's chance to be part of the media team.
I was excited yet confused since it meant leaving my young children in Vs care.  But I reasoned to myself that it would help them to be a little more independent.
After a month of fervent anticipation I finally boarded the Emirates direct flight to Yangon at 9 am _ while guests from India had to travel via Malaysia or Singapore! To my surprise, the flight was packed _ a good many of them westerners going to Cambodia, the flight's final destination. And the pleasant surprise was having a handsome White youth sitting next to me. Most of us spent the 6 hour flying time sleeping, after the breakfast.
When the flight landed in Mingaladon airport in Yangon, it was 530 pm local time, 2 1/2 hours ahead of Dxb. I couldn't resist a chuckle as there were only a couple of small aircrafts in what looked like field overgrown with grass.
To be continued... 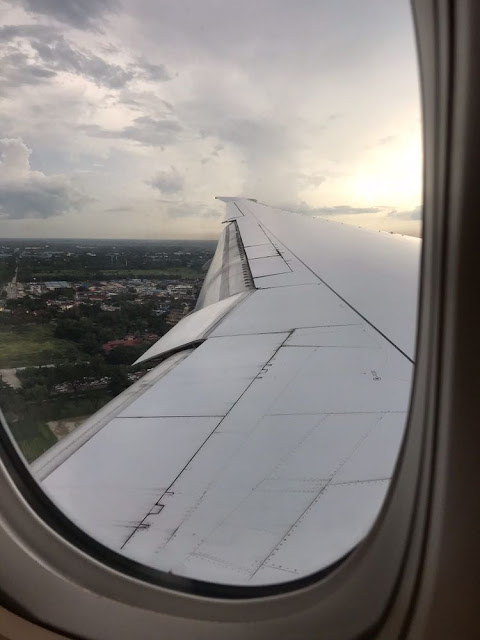